During our two days’ stay at the royal guesthouse in the village of Sayla, we were shown around the local villages by Motilal, loaned to us by the owner of the guesthouse, the Crown Prince of Sayla, Somrraj Singh. 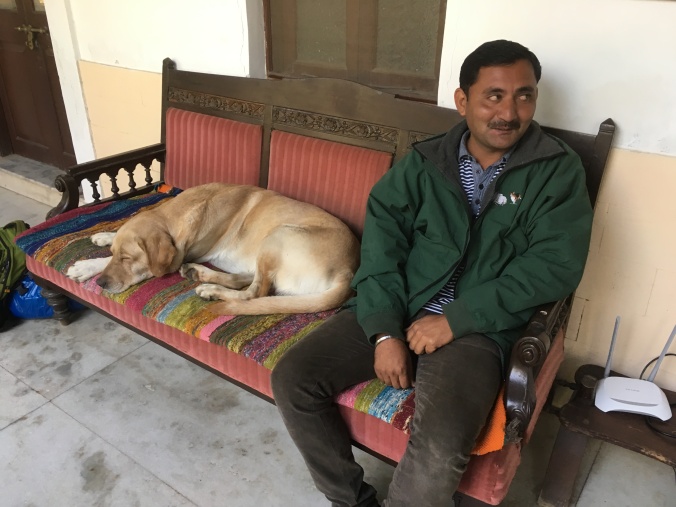 Motilal, our guide for two days, with Sandy the spoilt house dog at the royal guesthouse.

Whilst staying at the guesthouse, our host had arranged for us to have dinner in a farmer’s house nearby. So off we all went, we six, our host, another guest, Dev, our driver Gajindra and Motilal. This village had never hosted foreigners before, so as usual, we were treated as honoured guests and the subject of way too many photos. With very little common language, I entertained a crowd of young boys with photos from Australia until eventually our dinner of hearty vegetarian country Gujarati food was served. There was not a lot of light, but I managed to get this pic of the family buffalo in his stall. 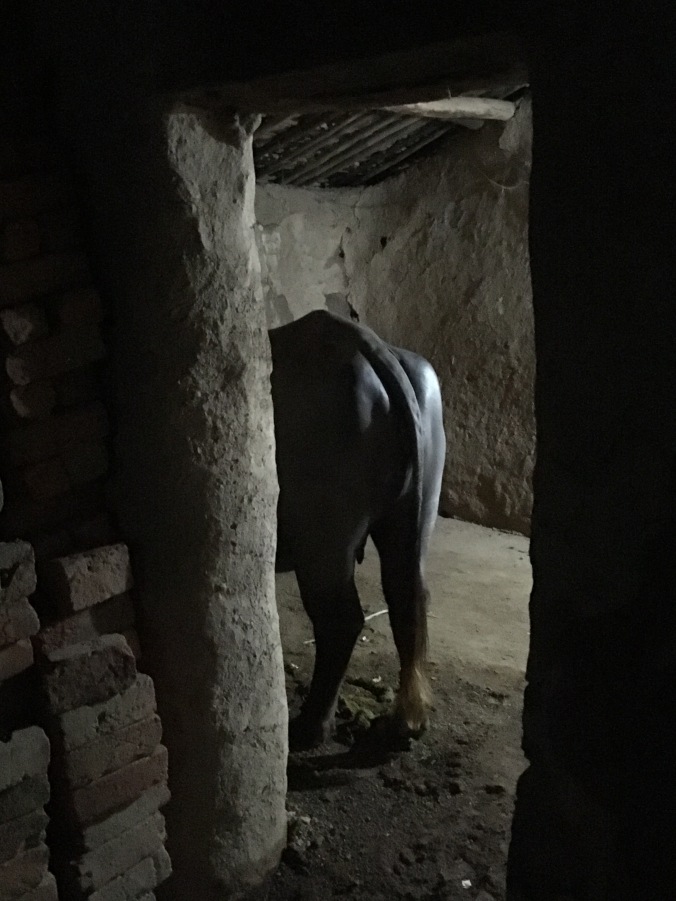 The family buffalo in its stall.

The following day, Motilal took us to see the ikat weavers and bead workers mentioned in the last post. He also told us we had been invited to lunch with a family in the town of Wadhwan, friends of Somraj, our royal host. This was an unexpected pleasure with a very entertaining and interesting man, who, like his father and grandfather before him, and now his son, were wildlife rangers at Sasan Gir National Park. Firstly, we were treated to chai and an overview of life in Wadhwan, and then a visit to his office upstairs where the walls were covered with photographs of lions he had taken during his years as park ranger. More wonderful reminiscences about his time working with the lions and then it was time for lunch. We were seated around a green-topped table with utensils and dinnerware in varying shades of green. Behind our ever-smiling host was one of his glass showcases filled with anything and everything green, from cotton buds to waffle makers, corkscrews, telephones, butter dishes: hundreds of items with only one thing in common – the colour green. He also dresses exclusively in green, has a green car and house inside and out.  When asked why all the green, he replied: “green is the colour of nature smiling”.  You can’t argue with that! Needless to say, we now know him as “The Green Man”. 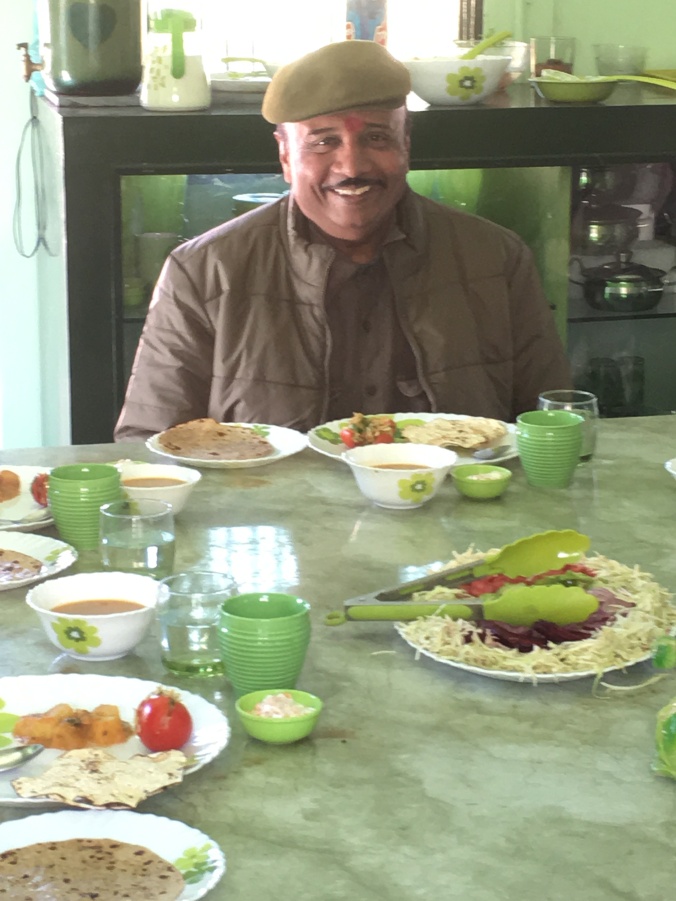 The Green Man: our lunch host at Wadhwan.

Motilal also took us to a communal animal shelter in Sayla village. Some 2000 cows are housed and fed there at night before being allowed roam about during the day. There are also some goats, sheep and a couple of orphaned nilgai. 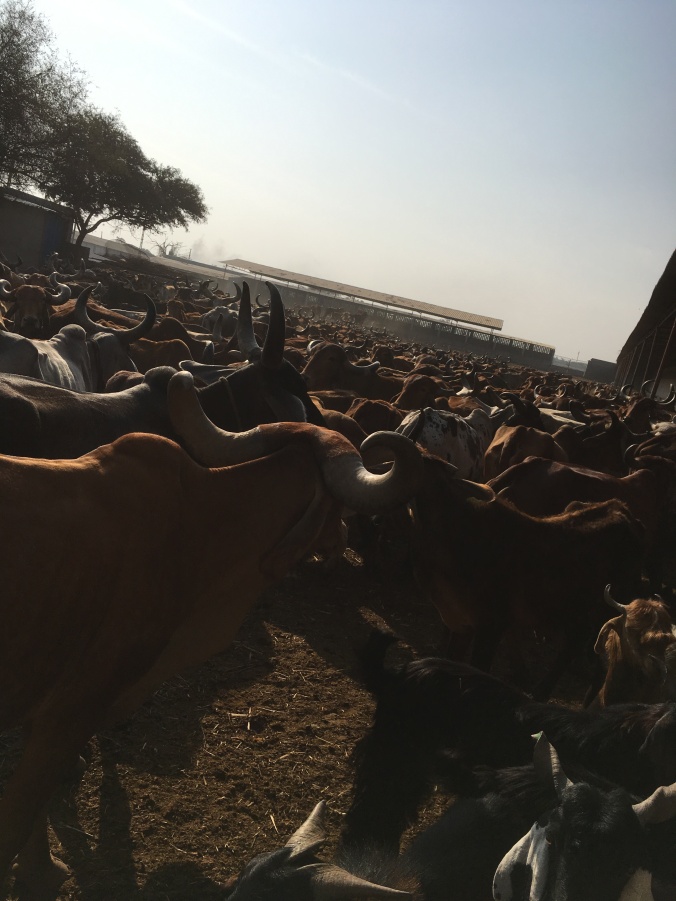 Kutchi cows as far as you can see. 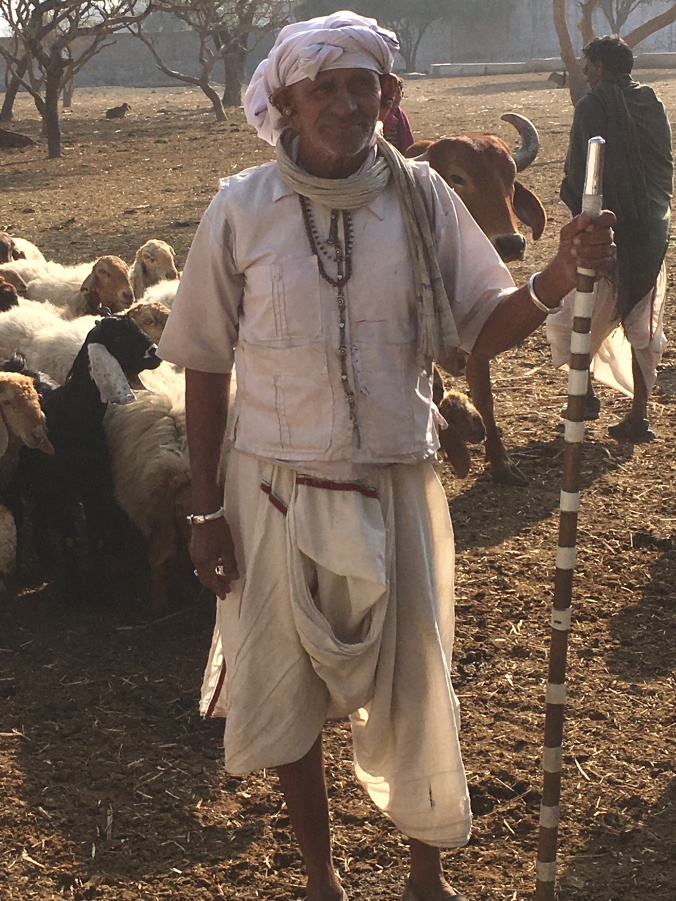 A herder in his regional costume. 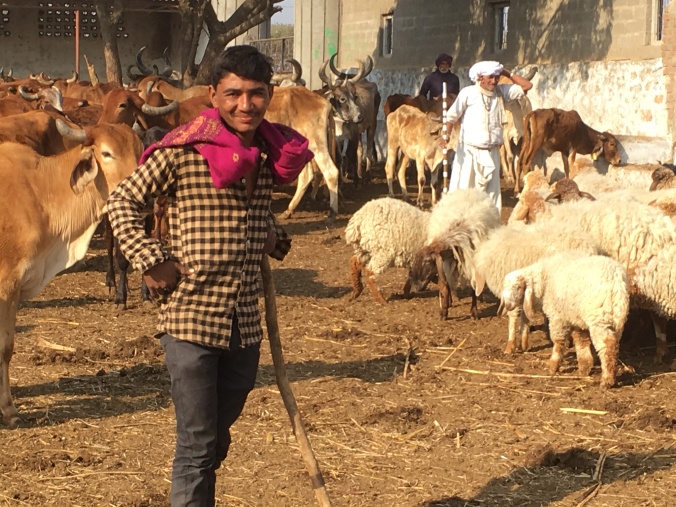 Everyone loves to pose for pics. 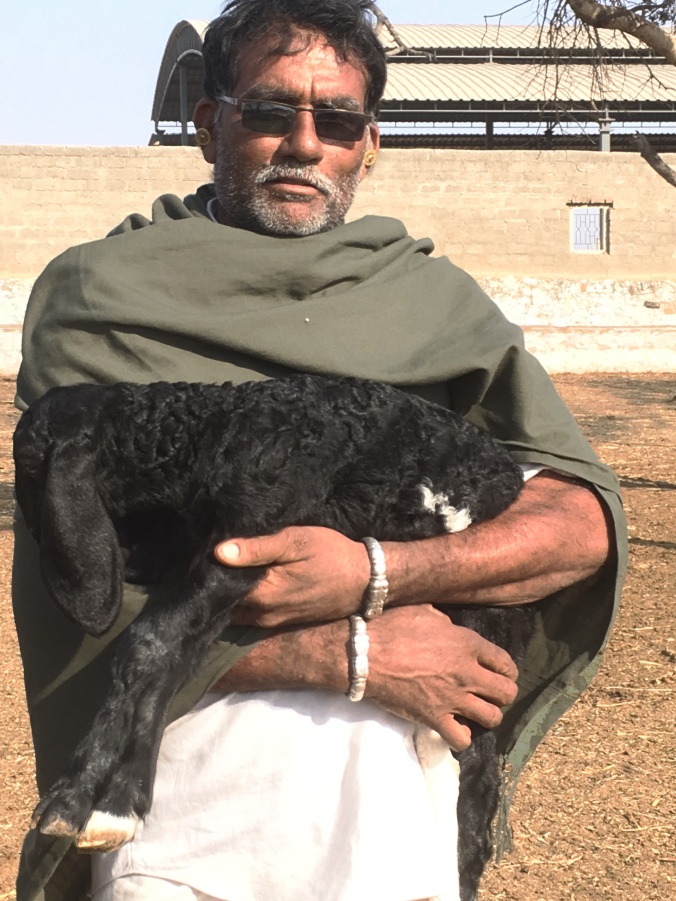 Goat herder with a kid. 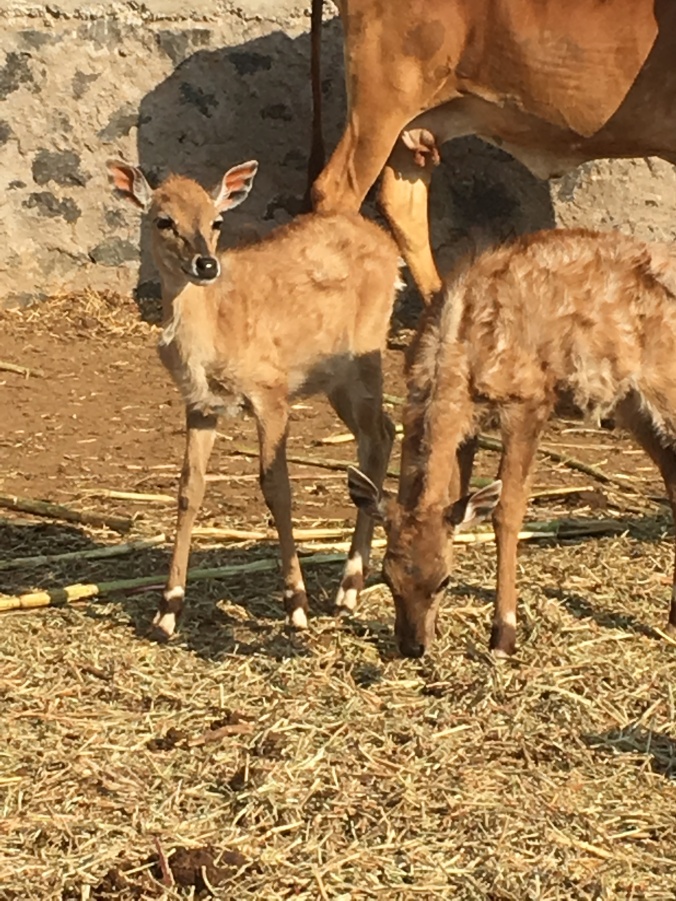 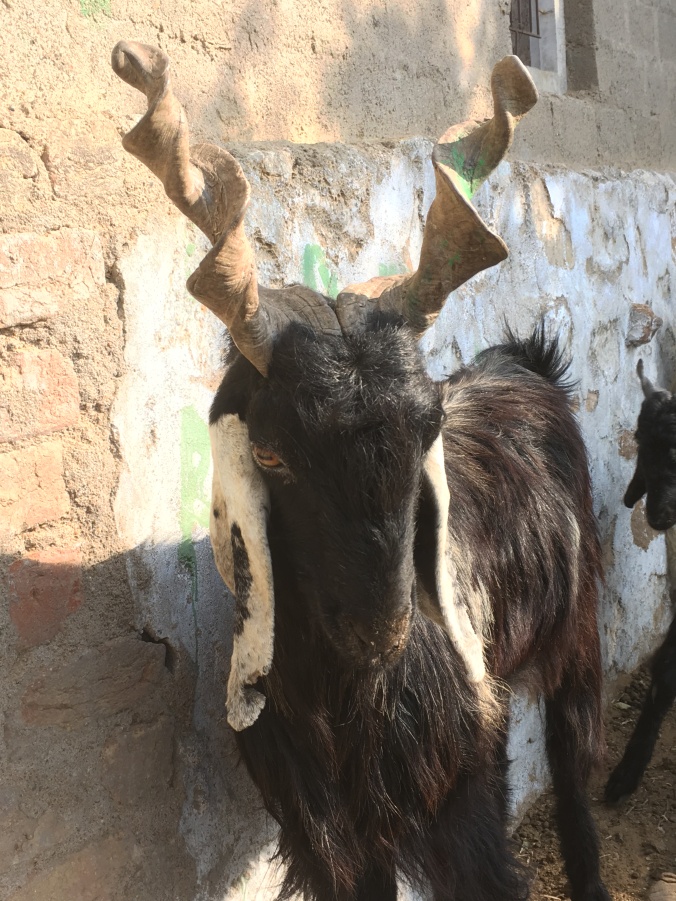 Inside the animal enclosure, it was impossible to avoid stepping in dung, as it seemed to be the only thing underfoot. We came perilously close to slipping in the fresh stuff but somehow managed to stay upright.

6 thoughts on “The people (and animals) you meet….”