A friend and I visited a small village outside Bhuj to see some Arjarkh printing – a style of block printing local to this area. We hired an autorick to take us there and our driver and his mate – both sharing the tiny front seat designed for one – had some English and great senses of humour, and with my rudimentary and Daniella’s much better Hindi, we all got on very well for the duration of the trip.

We had a lovely time with the textile artists and spent quite some time making our selections to take away with us.

But the most memorable moment of the day for us was as we were leaving the village. Heading out of town, we saw a guy, slightly greying in his long stubble, so maybe in his 40s, walking towards us with a big bundle of greens wrapped in a purple cloth on his head. He had an angelic smile and it was something about his manner and the elegant walk, his confidence, his choice of colours, his headscarf, that compelled us to stop and ask if we could take his photo. He was delighted, and as he shifted his weight to create a photogenic pose, it occurred to me that he was gay. Daniella spotted it too, and as we snapped our pics, he kept striking poses in ever more camp styles worthy of anything from Priscilla Queen of the Desert. He was having a lovely time and one of our drivers, not wanting to miss being photographed, decided to pose with him, at which point our village guy really vamped it up. The driver at this stage hadn’t realised he was being snapped with a gay guy, as open homosexuality is rarely seen in India, and certainly unusual in a tiny village like this. 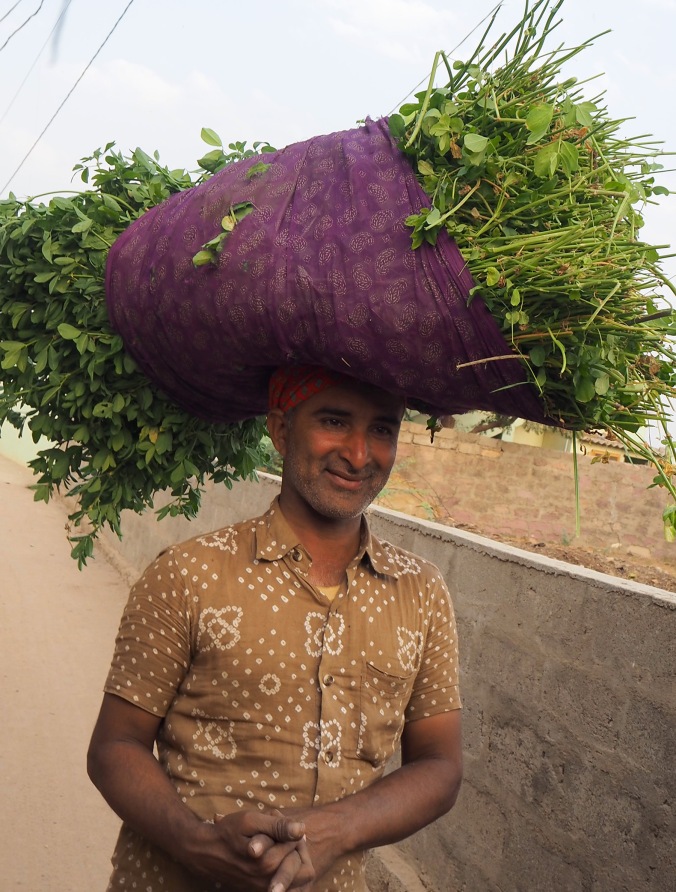 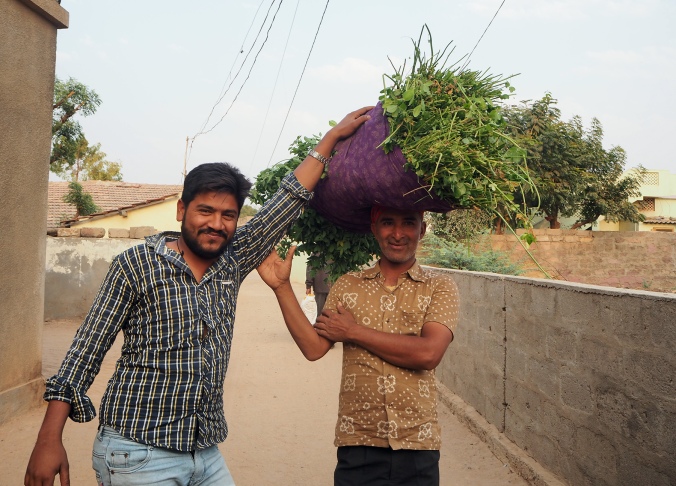 But the best was yet to come. Photo op over, he gave a polished catwalk-style turn to continue his way home and gave the most high-camp mincing walk I have ever seen and disappeared around the corner without a backward glance as we applauded and whooped his magnificent exit. This guy was certainly happy in his skin as his serene yet mischievous smile attested.

Moments later, it dawned on our driver that he had just been posing in the arms of a ‘gaanda’ and he nearly ran off the road in mock disgust, then broke into uncontrollable giggles. Of course that set us off, teasing him and also not being able to control our laughter. The whole way back to town was punctuated with more spontaneous bouts of laughter to the point of tears.

Footnote: two days later in another village about 50km away from the first one, walking the tiny lanes, we turned a corner and there he was again. Smiles all round, and of course, more gorgeous poses. In all the theatre, I forgot to ask his name, so to the anonymous ‘only gay in the village’ thank you for sharing your beauty and the fun! 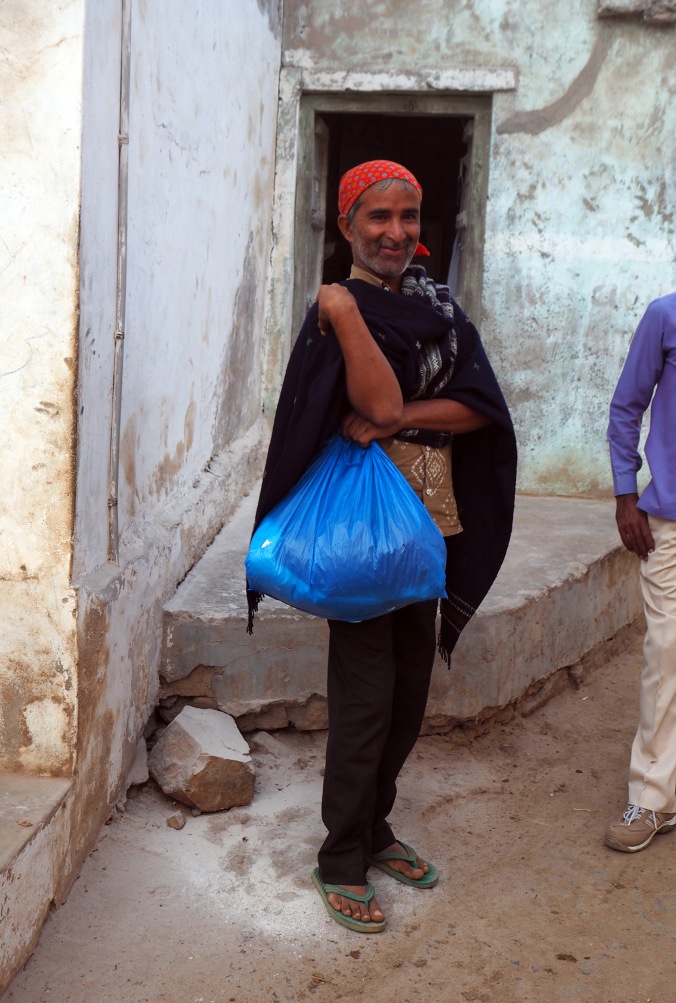 6 thoughts on “A beautiful man”